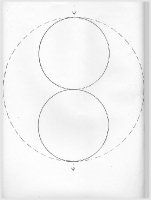 In early 1980 Andrzej Panufnik was commissioned by the Boston Symphony Orchestra to compose a symphony celebrating the Orchestra’s anniversary. The commission led to the writing of Sinfonia Votiva, the composer’s eighth symphony.

The summer of 1980, when Panufnik was beginning his work on the symphony, was also marked by the beginning of strikes in the Gdańsk Shipyard. This was a period of the birth of ‘Solidarity’, a time of great hope for change in the composer’s homeland. It is, therefore, not surprising that Panufnik decided to express these emotions in the symphony he was writing at the time. He decided that the work would become his own votive offering to the Black Madonna of Częstochowa – for years patron of Poland and Poles in times of crises.

Sinfonia Votiva thus became a witness, as it were, to the events in that important period for Poland, between August 1980 and August 1981, and a public expression of patriotic feelings of the composer, who admitted in his notes that:

(…) my conscious intention was to create a kind of desperate supplication for permanent Poland’s lasting freedom, built up out of the growing urgency of my ardent petition to the Black Madonna. (...) Deeply inbuilt into my symphony is my faith that, one day, all prayers and all the votive offerings to the Black Madonna will at last be fully answered and that Poland will become free.

Like many years earlier in Sinfonia Sacra, here, too, the symphony is dominated by two elements – religious and heroic. The work consists of two movements, equal in terms of length but strongly contrasted in character: Con devozione and Con passione.

The first movement, Con devozione, is a kind of slow, passionate prayer the mood of which is enhanced by references to religious music of the Middle Ages, heightened by the initial notes of Bogurodzica, weaved into the musical material of the work, as well as references to sounds of Gregorian chant. The second part conveys an atmosphere of struggle and anxiety; its tempo is quick, its dynamics intense, made even more so by frequent orchestral tuttis. The turbulent nature of Con passione is also highlighted by the work’s ending – a sharp, long-sounding dissonant chord in the metal percussion instruments. According to the composer, such an ending was to be a cry of protest against Poland’s lack of full independence.

The decision to dedicate the symphony to the Madonna and the fact that Sinfonia Votiva is the composer’s eight symphony determined the formal structure of the work as well. Once again Panufnik used a geometric model to illustrate the structure of the work – the two movements are combined into a figure of the number eighth consisting of two identical circles; in addition, the composer placed four ‘circles of sounds’ in each movement. Despite the high contrast between the two movements, the material of the whole composition stems from two basic cells – of four notes: F-G-D flat-C, responsible for the melodic progression of the work, and of three notes: B-E-F, defining harmonic chords. A combination of these two cells, with their reflections and transpositions, constitutes the basis of the progression of the entire musical material, making sure that the work becomes an organic whole.

It is worth adding that the composer, having at his disposal one of the world’s best orchestras – Boston Symphony Orchestra – gave his symphony many features of a concerto for orchestra, treating the various instruments and groups of instruments as soloists and thus giving them an opportunity to show not only their ‘skills but also their expressive capabilities’. In addition, the composer introduced here the sound of the entire orchestral ensemble more often than in his previous symphonic works, using various shades of the tutti, especially in the second movement.

Sinfonia Votiva was performed for the first time on 28 January 1982 in Boston, with the Boston Symphony Orchestra conducted by Seiji Ozawa. A few days later the same musicians recorded the symphony for Hyperion.