In Panufnik’s autobiography, the chapter describing the period beginning in 1980 bears the title Accelerando. Indeed, this is a period of intense work, continuous prestigious commissions and increasing numbers of honours and prizes awarded to the composer. At the beginning of the year, he receives a commission from the Boston Symphony Orchestra.

The 1980s began auspiciously with a telephone call across the Atlantic from the Boston Symphony Orchestra, requesting that I should compose a work for their Centennial celebrations. Unable to imagine any greater stimulus than to compose for this magnificent American orchestra, I immediately agreed. 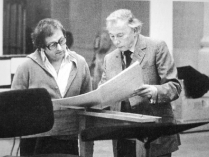 String Quartet No. 2 'Messages' is premièred at the North Wales Music Festival on 25 September.

16 November sees the first performance of Paean, a short work for brass band dedicated to the Queen Mother on her eightieth birthday.

People often sympathise with creative artists about being subjected to deadlines; I find them stimulating. All my first four commissions of the 1980s were composed against deadlines.

Regardless of the English commissions, Panufnik follows with concern the unfolding events in Poland, where the Solidarity movement is being born.

At last in August 1980, my desk was clear of my previous commitments and I could start to think about my symphony for Boston. It was quite an awesome prospect to be following in the footsteps of Stravinsky and Bartók.

Just as I started to plan my work, dramatic events were taking place in Poland. The shipyard workers in Gdańsk courageously broke the law against strikes, demonstrating, in defiance of the Security Police, in the cause of justice and human dignity. (...) With a surge of optimism I thought that, through the will of my oppressed countrymen, change might at last be achieved in Poland. I decided to write the new symphony as my own votive offering to the Black Madonna, joining my voice to the strikers’ by invoking her aid on their behalf.

I completed the symphony in August 1981, about four months before the imposition of martial law in Poland, still dreaming of new-found liberty for my native land. Possibly I unconsciously foresaw the disastrous outcome, the tragic destruction of all the wishes and hopes of the people and the crushing of the Solidarity movement, but my conscious intention was to create a kind of desperate supplication for Poland’s lasting freedom, built up out of the growing urgency of my ardent petition to the Black Madonna.

On 13 December martial law is declared in Poland.

On 28 January Seiji Ozawa conducts the first performance of Sinfonia Votiva in Boston.

The Boston première in January 1982 was a great event for me. The orchestra was superlative, finer even than I had dared to imagine, the string sound magnificent, and all the instrumental sections supreme. I was struck by Seiji Ozawa’s genuine modesty and his will to perform the work as I required: no other conductor has invited me up from the auditorium to stay beside him on the platform throughout rehearsals. 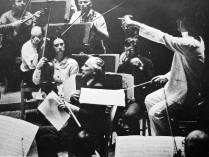 The planned performance of Sinfonia Votiva at the Warsaw Autumn Festival is cancelled because of the illness of the conductor, Andrzej Markowski.

Panufnik is awarded the Prix Prince Pierre do Monaco for his lifetime’s achievement. He also becomes an Honorary Member of the Royal Academy of Music in London.

In 1983, the Prince Pierre Music Foundation altered the formula of their annual music award. Instead of selecting individual works from younger composers, they decided to choose their Laureate from amongst the senior composers of the world, assessed for their entire output. I was co-opted to the jury after finding myself the first Laureate of this new prize, which was very pleasurable, falling as it did precisely twenty years after I had won a precious Monaco prize with my Sinfonia Sacra.

On 24 September the London Symphony Orchestra organises at the Barbican Hall in London a special concert to celebrate Panufnik’s seventieth birthday.

My highly supportive publishers, Boosey & Hawkes gave me a splendid part afterwards. A monumental birthday cake was produced with the first notes of the fanfare of Sinfonia Sacra, as a decoration on the icing, and I cut the cake standing there with my beautiful smiling wife and two extremely handsome, proud-looking teenage children. Just for a moment my mind swung back to my earlier loneliness, and all that I had undergone; then I looked round and saw not just my family but my friends from the orchestra, from my publishers and from throughout the musical world – even from the BBC! It was a warm and marvellous sensation. It had taken me perhaps until that moment to find that at last I was no longer an exile.

The première of one of the most important and most popular of Panufnik’s works, Arbor Cosmica for strings, takes place in New York on 14 November. 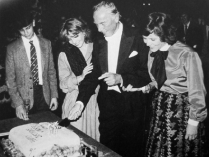 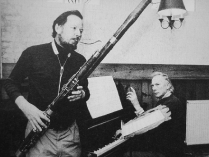 In October the composer is awarded an Honorary Doctorate by the Polish University in Exile.

The London Philharmonic Society commissions Panufnik to write Symphony No. 9, later to be titled Sinfonia di Speranza (Symphony of Hope). 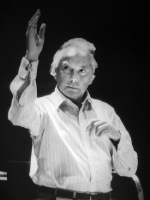 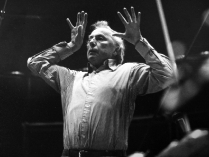 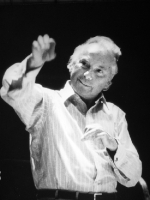 Panufnik becomes an honorary member of the Polish Composers’ Union.

On 25 February the composer conducts the first performance of his Sinfonia di Speranza at the Royal Festival Hall in London.

Panufnik writes his autobiography, entitled Composing Myself and published by Methuen. 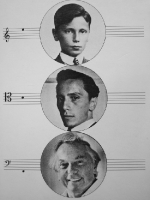 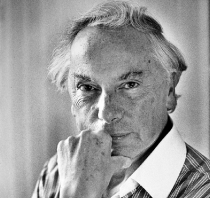 Panufnik composes his Symphony No. 10, commissioned by the Chicago Symphony Orchestra and Sir Georg Solti. This is the crowning achievement of the composer’s symphonic cycle. 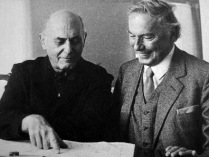 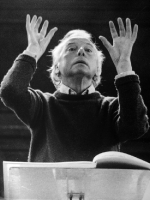 A commission by the New York Chamber Orchestra results in a poem entitled Harmony, for chamber orchestra. The work is dedicated to the composer’s wife, and is another tribute to the exceptional accord and harmony of their marriage, the 25th anniversary of which was celebrated in 1988. 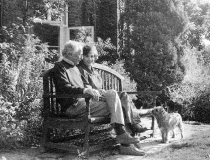 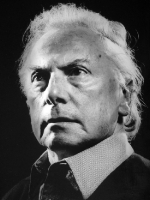 On 1 February Panufnik’s Symphony No. 10 (the only one without a programmatic title), commissioned by Georg Solti, receives its first performance. 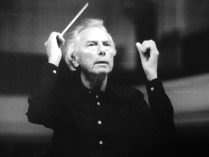 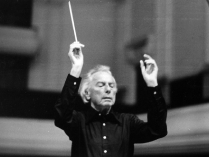 Panufnik’s autobiography Composing Myself is translated into Polish under the title Panufnik o sobie and published by Nova.

In September Panufnik visits Poland for the first time since his escape in 1954. He is given a ceremonial welcome, and is the main guest of the Warsaw Autumn Festival. During the festival, he conducts two symphonic concerts, as well as meeting friends not seen for many years. His visit to Poland proves to be an extremely significant and moving event for the composer, who begins to plan his next visit to Poland for 1991. 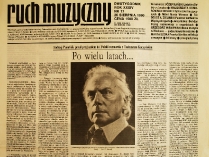 Panufnik writes his last String Quartet No. 3 'Wycinanki' [Paper-Cuts], inspired by the folk art of cut-out paper patterns from the Kurpie region.

The composer is diagnosed with advanced prostate cancer. 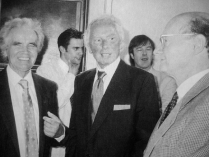 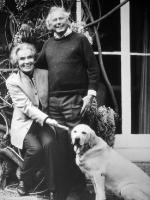 In January Panufnik is knighted by Her Majesty Queen Elizabeth II. 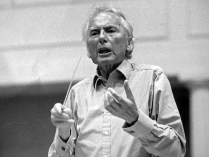 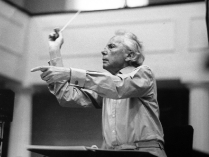 On 19 September he completes his last composition, Cello Concerto, written for Mstislav Rostropovich.

Andrzej Panufnik dies at home in Twickenham on 27 October. 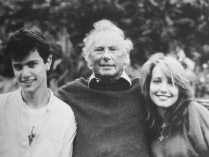 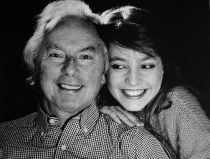